Safety is more critical than ever. Why?

There was a 14% year-over-year jump in fatality rates per miles driven in March 2020, while the actual number of miles driven dropped 18.6%

Looking at our SmartDrive database of over 300 million analyzed risky driving events, we see miles driven for commercial trucking between February and April was relatively flat; however, there were significant reductions in other areas like transit, shuttle/taxi/limo , and auto haulers:

There were also differences in the number of miles driven in each state. Significant differences can be seen in Massachusetts, Michigan and New York:

“Disturbingly, we have open lanes of traffic and an apparent open season on reckless driving,” said Lorraine M. Martin, NSC president and CEO. “Right now, in the midst of a global pandemic and crisis, we should take it as our civic duty to drive safely. If we won’t do it for ourselves, we should do it for our first responders, our law enforcement and our healthcare workers, who are rightly focused on coronavirus patients and should not be overwhelmed by preventable car crashes.”

Anecdotal reports indicate poor driving behaviors such as speeding increased significantly since traffic diminished, said the NSC. In fact, during the month of April the California Highway Patrol recorded an 87% increase in speeding tickets for drivers going 100mph, compared to the same time last year. On most highways, that’s 35 miles over the speed limit. When gathering their data, CHP and the California Office of Traffic Safety found that California roads were 35% emptier than normal during the same time frame. Fewer drivers meant emptier roads, which led people to speed in the wide-open lanes. As reported in The Washington Post, the speeding trend has exploded across the United States.

SmartDrive remains committed to saving lives and preventing injuries – from the workplace to anyplace. We strive to make every month “Safety Month,” which is why hundreds of fleets – with thousands of drivers – have incorporated our video-based safety program into of their safety culture. To learn how a video-based safety program can benefit your fleet, or for a free demo, click here. 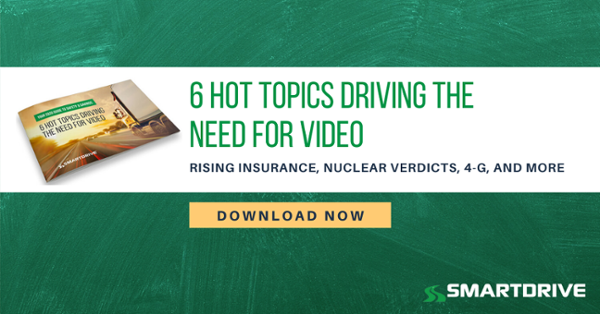